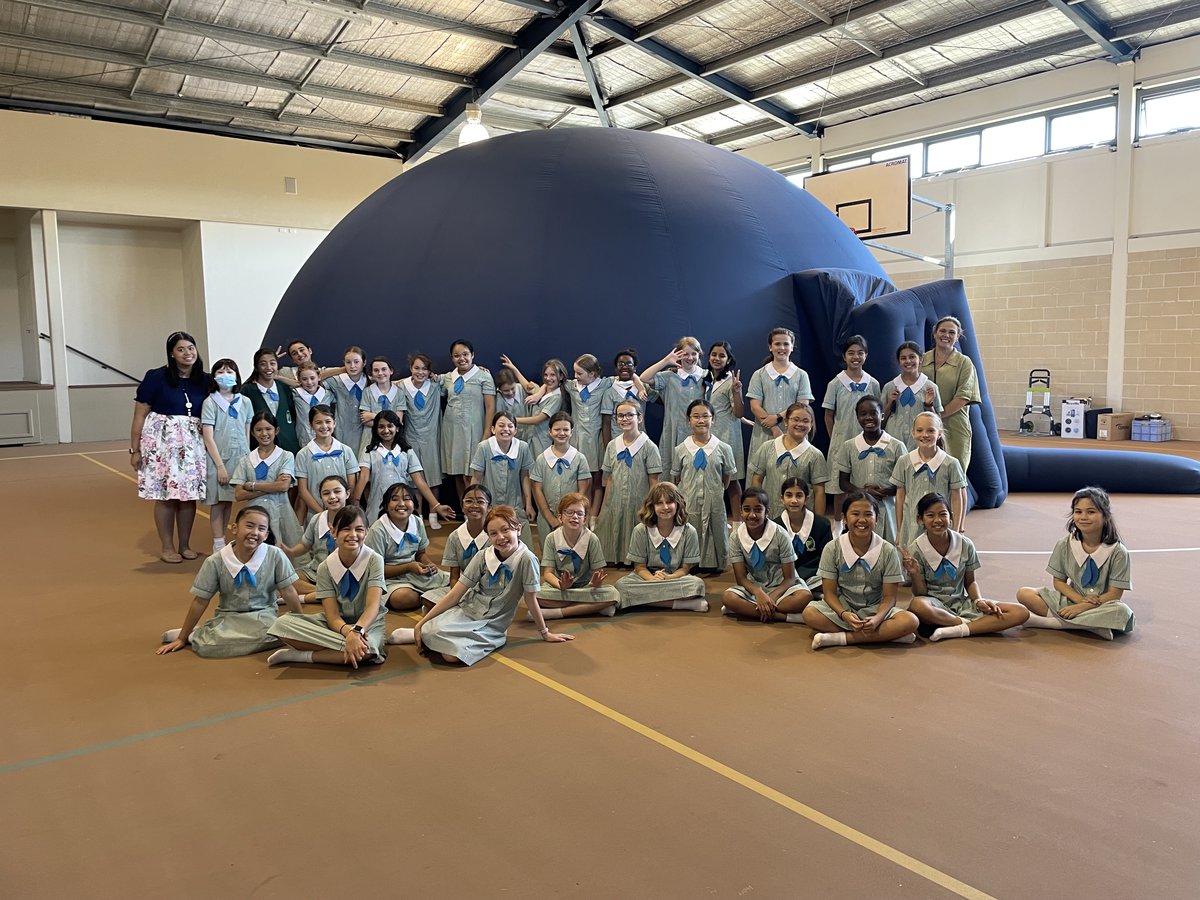 On Tuesday 5th April, Year Five attended an incursion at school from a visiting Planetarium which wrapped up nicely their Science unit on The Solar System. They watched 2 presentations "Solar System & Galaxy" and ‘What’s in the sky tonight’ covering everything they had learnt in class.

“5,4,3,2,1 BLAST OFF!” Wouldn’t an adventure to space be so exciting? Well, on the 5th of April, Year 5 got to experience an amazing expedition up to the wide Milky Way without even leaving Montgrove! I know that to some people, that may seem improbable, but hear me out as I recount Year 5’s exhilarating exploit in the picturesque planetarium.

When Year 5 walked into the COLA, there was a surprise waiting for us. Can you guess what it was? The planetarium! We had just come back from a ceremony for Anzac day, which had taken about 3 hours. When we got inside, whispers echoed around the silicone walls of the purple elastic, making even the tiniest word sound like a shout. The organiser of the incursion, Gary, showed us multiple projections of the moon, solar system and even the Milky Way, all to teach us about how vast and gigantic space is. He had us lie down on blue mats and stare up at the ceiling as he projected images of the stars and taught us about constellations and showed us diagrams of the Moon. Gary showed us videos about the Moon’s orbit around the Earth and the connection between the two objects.

And as soon as it started, it ended, leaving us with almost limitless knowledge about space. We will forever remember our incursion into the planetarium. Rochelle - 5B

On the 5th of April, Year 5 took a trip to Space. We had a science incursion in the COLA. The incursion was extremely fun. We walked into the COLA to find a big blue dome. We walked into the dome and it was really dark, there were gym mats on the floor. We had to be really quiet because sound travelled through the dome and made whispers sound like your normal voice. Gary put on photos and videos about space while Year 5 laid down on the floor looking at the roof of the dome. As he put the images on the dome roof the dome lit up. He used a projector to transfer the photos from the laptop to the roof of the dome. Gary was really funny and told jokes during the incursion. Zara - 5B

The COLA was filled with chatter and excitement as year 5 both blue and green eagerly awaited to have the mysterious big, blue dome revealed to them. Everyone was buzzing with anticipation. We all took turns to walk inside and gasp in wonder at the amazing new world right before our eyes… Everybody stared at the large screen projected onto the dome walls. Everyone was lying down listening and observing anything we saw and heard. My favourite part was probably watching the little videos our host, Gerry, had prepared for us. I liked these videos because even though they were simple they gave out a lot of info and encouraged me to learn all I can about our Solar System. I also loved looking at the star constellations and a picture of the Milky Way; these were quite beautiful and interesting. Everybody was able to ask questions and was able to learn a lot more. I am sure everybody had fun and learnt something new as did I. Emily - 5G 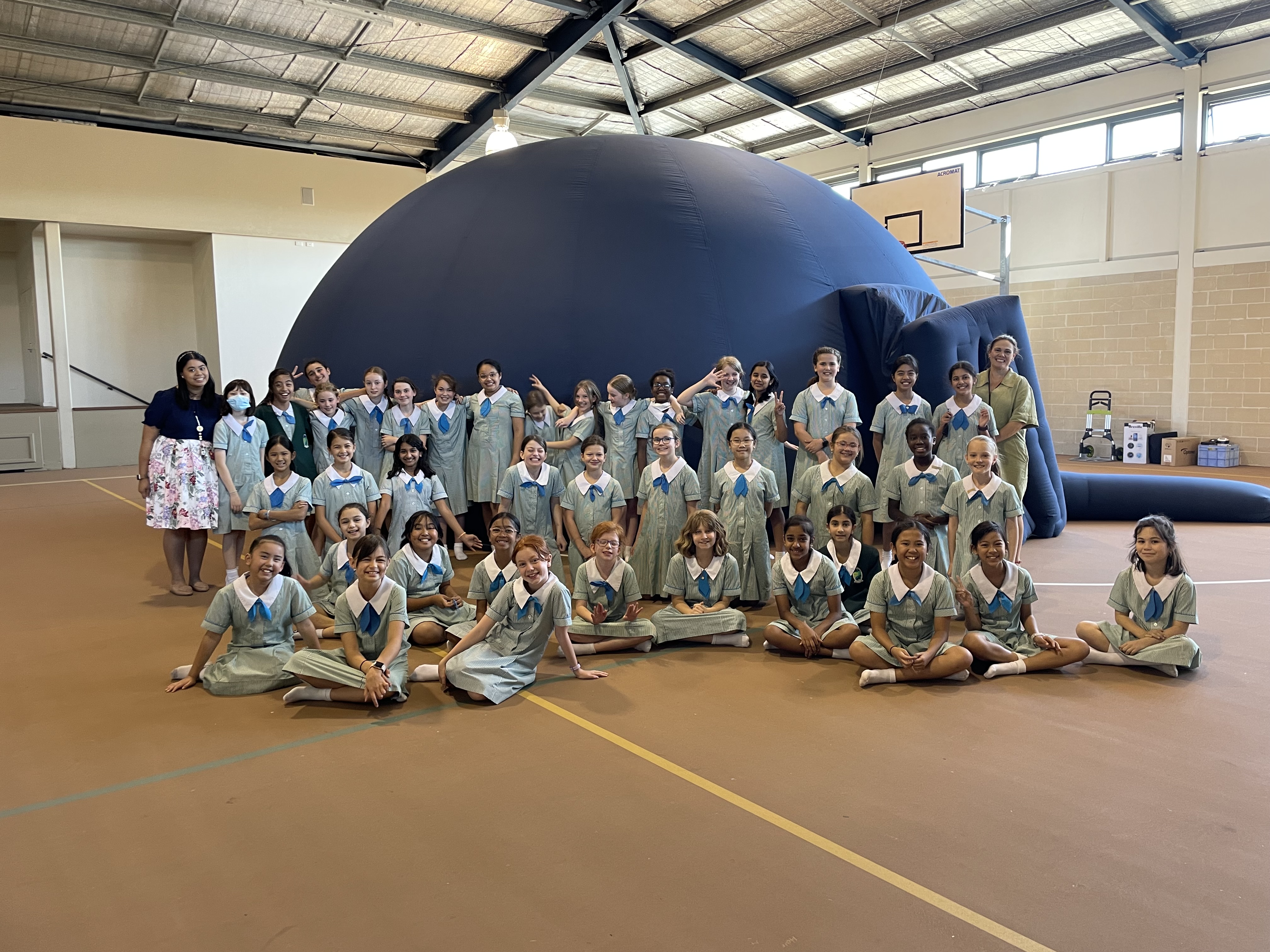 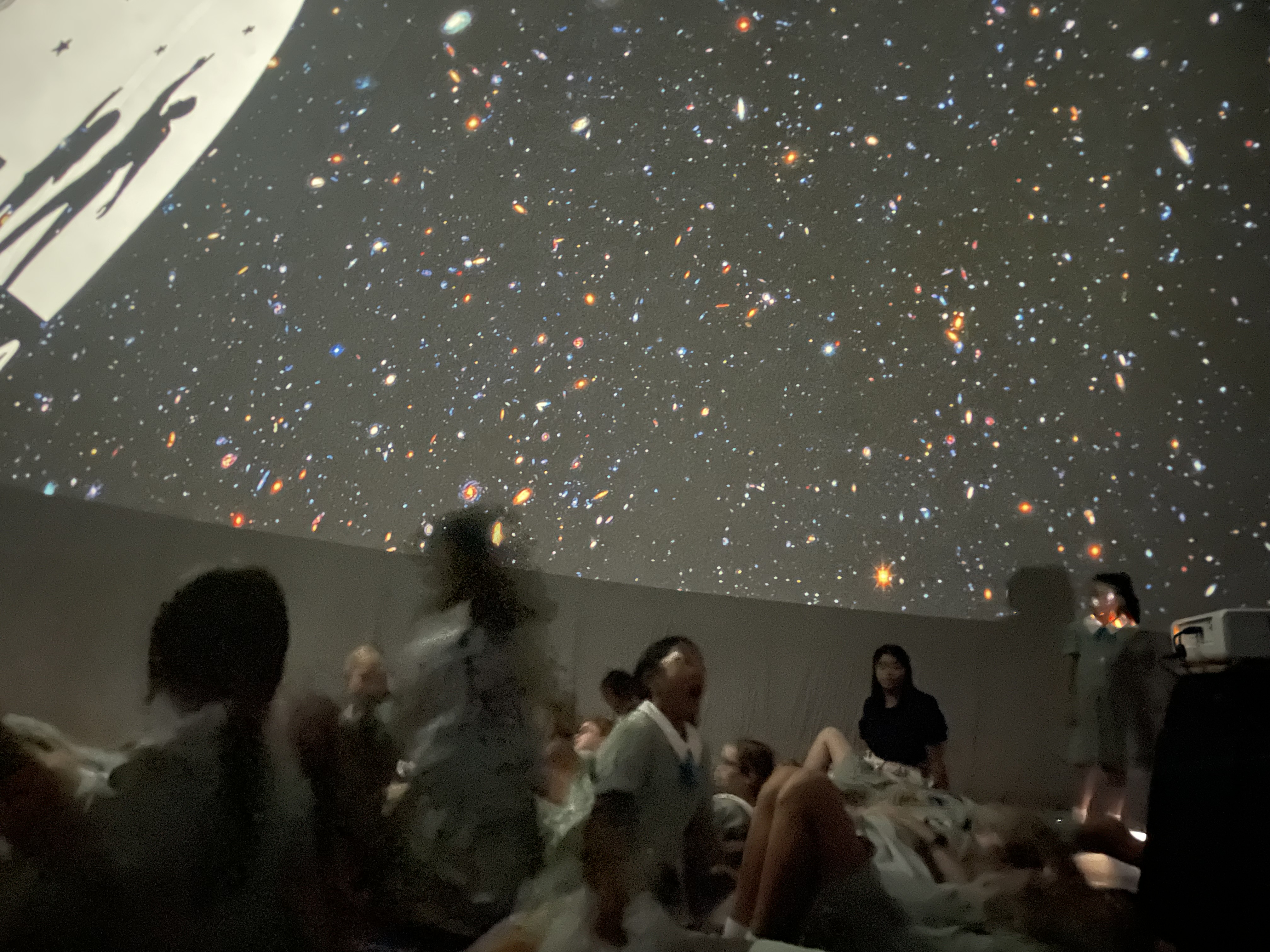